Our "journey" in Hurlumhejhuset (now called Children's House Ålbæk) started with a wish and a dream to: "become better at letting ourselves be carried away, seeing the possibilities in this form of expression (culture, aesthetics and community drama) and thereby being co-creators of an educational and cultural learning environment for the children in the kindergarten".

A journey where we are still on the way and have not yet found out which destination will be our final.

We tread untrodden paths, find new ways of expressing ourselves, form new lines of thought in relation to our pedagogical way of thinking and we slowly learn to accept that there does not necessarily have to be great didactic ideas behind every programme.

We started with a group of staff who were probably a little sceptical about what such a process of drama would mean for them and whether their own boundaries would have to be shifted.

LegeKunst has moved boundaries, but they have moved slowly and unnoticed. We have become braver together. We're not afraid to fool around, to get carried away, and that really rubs off on the kids (the culture in the house). We now have a greater openness and relaxation in following the child. Together (children and adults) we have become high from the process. Being together about something, having a common understanding that we want to follow the adventure together, see where it goes, it makes the play more open, fluid and somehow also helps to increase immersion about the common - our common.

It was precisely this commonality that made us suddenly see some new relationships across the former playgroups. We found that the children suddenly saw new strengths and values in each other, which created new interest and change in the hierarchy. In the boys' group in particular, we suddenly saw how one boy's ability to use his imagination in particular was beneficial to the group. This new vision caused his status in the group to change.

Working with PlayArt and action learning is a process we never finish. We are always on the move, always trying out new things, working with impulses, sudden ideas, following them, following the child's ideas and initiatives. Together with the children we are now creating different learning environments where it is possible to be observant, active or perhaps creative. Things vary from time to time, of course, depending on the purpose, but the role and ability of the children to contribute/create and the desire for the shared immersion, has really come to the fore. We meet each other where we are, move boundaries, create culture, create space for everyone by talking about what it is like to be part of a community and we make use of the children's amazing imagination.

Today it's actually our new little girl, here called E, who has created magic in space. E was late to kindergarten today and she was supposed to be on the playground with the other 3-year-olds, but she "accidentally" came into the room when Lars arrived. So we agreed that now we would try it out. E has been difficult to get into the assemblies at nursery, both because her Danish is not so good, but also because she has a will and a stubbornness. But the meeting with Lars was really positive for E. She gets grabbed by many things and just today she was grabbed by a butterfly and it grabbed Lars right away and the story today included a butterfly and other insects. This was at the encouragement of little E who was there for all 45 minutes. She was completely engrossed in Lars. 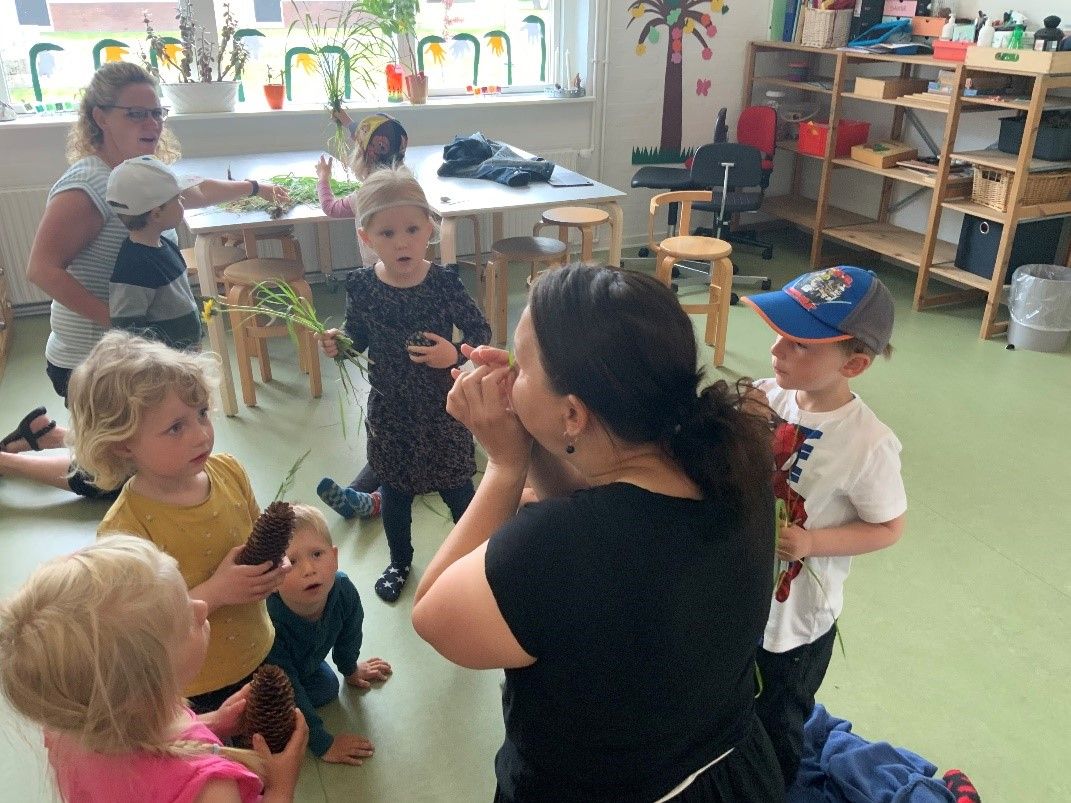 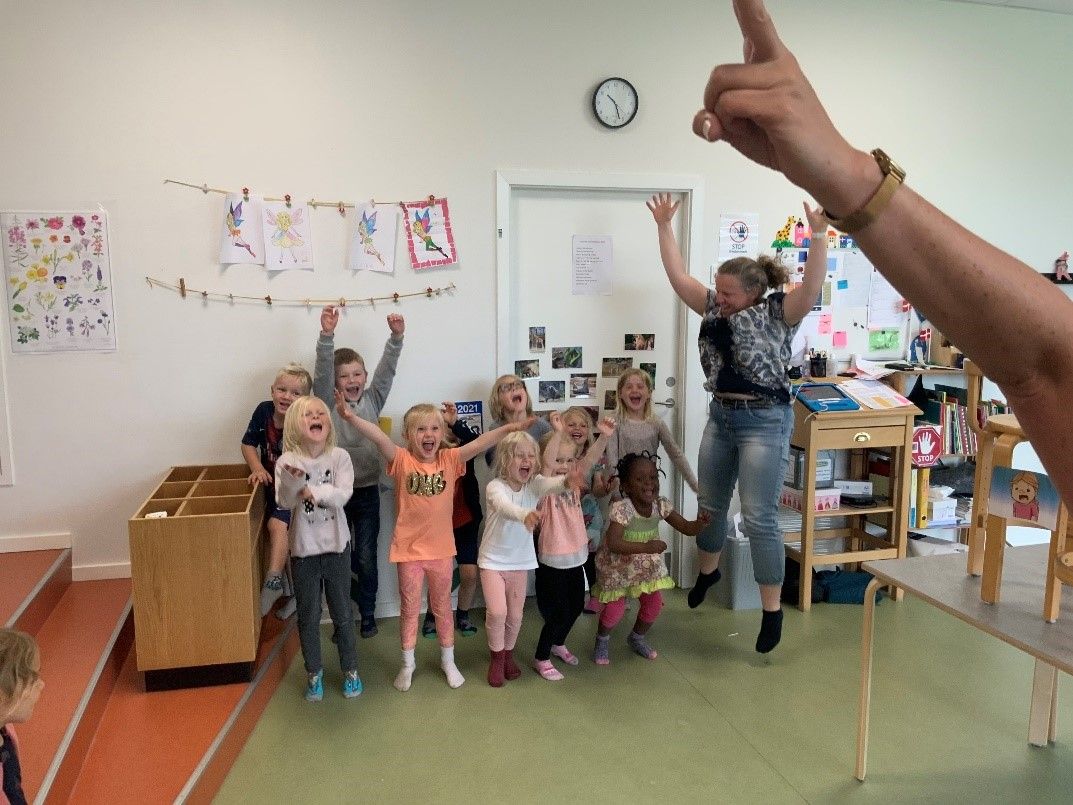